Upper-level courses in creative writing are often taught by the same faculty who teach in the University of Wisconsin’s MFA program in creative writing, ranked third in the nation by Poets & Writers magazine for three consecutive years. Our undergrads get the rare opportunity to work with some of the best-respected teachers and writers in the country.

AMY QUAN BARRY, Professor (MFA: University of Michigan) is the author of the poetry collections Asylum, Controvertibles, Water Puppets, and Loose Strife, as well as the novel She Weeps Each Time You’re Born. Her poems have appeared in The New Yorker, The Missouri Review, Ploughshares, The Kenyon Review, and other literary publications. She is the recipient of the Agnes Lynch Starrett Prize (for Asylum) and has received fellowships from Stanford University, the Wisconsin Institute for Creative Writing, the Wisconsin Arts Board, and the National Endowment for the Arts.

SEAN BISHOP, Faculty Associate & Creative Writing Program Administrator (MFA: University of Houston) is the founding editor of Better: Culture & Lit. His collection of poems, The Night We’re Not Sleeping In, won the 2013 Kathryn A. Morton Prize, and appeared from Sarabande Books in 2014. He has received fellowships from the Poetry Foundation and the Wisconsin Institute for Creative Writing, and his poems have appeared in Best New Poets, Harvard Review, Ploughshares, Poetry, and other literary publications.

AMAUD JAMAUL JOHNSON, Associate Professor (MPA: Cornell University) is the author of the poetry collections Red Summer and Darktown Follies. His poems have appeared in The Cave Canem Anthology, The New England Review, The Virginia Quarterly Review, Poetry Daily, and other literary publications. He is the recipient of The Dorsett Prize (for Red Summer) and has received fellowships from Stanford University and Cave Canem.

JESSE LEE KERCHEVAL, Zona Gale Professor of English (MFA: University of Iowa) was the founding director of the MFA Program in Creative Writing and Director of the Wisconsin Institute for Creative Writing from 1994–2010. She is also an Affiliated Faculty Member of the Latin American, Caribbean, and Iberian Studies Program. She is the author of the 13 books of poetry, fiction and nonfiction in English. She also writes and publishes poetry in Spanish and is a translator of Spanish language poetry. Her books include the short story collections The Dogeater, which won the Associated Writing Programs Award, and The Alice Stories, winner of the Prairie Schooner Book Prize; the novella Brazil, winner of the Ruthanne Wiley Memorial Novella Prize; the novel The Museum of Happiness; the poetry collections Cinema Muto, which won the Crab Orchard Open Poetry Award, Dog Angel and World as Dictionary; the poetry chapbooks Chartreuse and Film History as Train Wreck, winner of the Center for Book Arts Chapbook Award; the memoir Space, which won the Alex Award from the American Library Association; and the creative writing textbook Building Fiction. Her most recent book is the novel, My Life as a Silent Movie. Her translations of the Uruguayan poet Circe Maia have appeared in Agni, the Gettysburg Review, the American Poetry Review, jubilat and Pleiades among other magazines, and she is the editor of América invertida: an anthology of younger Uruguayan poets, which is forthcoming from the University of New Mexico Press. She has received fellowships from the National Endowment for the Arts, the Radcliffe Research and Study Center at Harvard, the Wisconsin Arts Board, and the James A. Michener and Copernicus Society of America.

RON KUKA, Faculty Associate & Creative Writing Program Coordinator (MFA: University of Iowa) has published short stories in the Iowa Journal of Literary Studies, Toyon, and Pavement. His teaching has been recognized with the Chancellor’s Hilldale Award for Excellence in Teaching.

JUDITH CLAIRE MITCHELL, Professor Emerita (Retired) is the author of the novels A Reunion of Ghosts (2015) and The Last Day of the War. Her stories and poetry appear in anthologies and literary magazines such as Best of the Fiction Workshops, Shaping the Story, Behind the Short Story, Barnstorming, The Iowa Review, Prairie Schooner, StoryQuarterly, and others. She has received fellowships from the James A. Michener and Copernicus Society of America, the Wisconsin Institute for Creative Writing, and the Wisconsin Arts Board. She is currently the College of Letters & Science’s Jartz Fellow. More information is available on her website, judithclairemitchell.com.

RONALD WALLACE, Felix Pollak Professor Emeritus of Poetry & Halls-Bascom Professor Emeritus of English (Retired) is the founder of the University of Wisconsin-Madison’s Program in Creative Writing, and the founder of the University of Wisconsin Press Poetry Series (the Brittingham and Pollak Prizes). He is the author of the poetry collections For a Limited Time Only, Now You See It, Long for This World: New & Selected Poems, The Uses of Adversity, Time’s Fancy, The Makings of Happiness, People and Dog in the Sun, Tunes for Bears to Dance To, and Plums, Stones, Kisses & Hooks; the short story collection Quick Bright Things; and the critical books The Last Laugh, God Be With the Clown, and Henry James and the Comic Form. He is the editor of the poetry anthology Vital Signs. He has published poetry and stories in The New Yorker, The Atlantic, The Nation, Poetry, Paris Review, and many other literary publications. His awards and honors include Council for Wisconsin Writers Book Awards, Wisconsin Arts Board Grants, the Helen Bullis Prize, three Distinguished Teaching Awards, two ACLS Fellowships, the Robert E. Gard Foundation Award, the Gerald A. Bartel Award in the Arts, the Wisconsin Library Association Notable Author award, the Lynde and Harry Bradley Major (Lifetime) Achievement Award, the Mid-List Press First Series Award for Short Fiction (for Quick Bright Things), and the Association for Writers and Writing Programs’ first George Garrett Award for “exceptional donations of care, time, and labor on behalf of other writers.” More information about Ron Wallace is available at his website.

KELLY CHERRY, Eudora Welty Professor Emerita of English & Evjue-Bascom Professor Emerita in the Humanities (retired) has previously published twenty-one books (novels, stories, poetry, memoir, criticism, and reviews), nine chapbooks, and two translations of classical drama. Her newest full-length collection of poems, The Life and Death of Poetry, was published by L.S.U. Press in 2013 and her newest chapbook, a group of poems titled Vectors, appeared from Parallel Press in December 2012. She was the first recipient of the Hanes Poetry Prize given by the Fellowship of Southern Writers for a body of work. Other awards include fellowships from the National Endowment for the Arts and the Rockefeller Foundation, the Bradley Major Achievement (Lifetime) Award, a USIS Speaker Award (The Philippines), a Distinguished Alumnus Award, three Wisconsin Arts Board fellowships, two WAB New Work awards, the Dictionary of Literary Biography Yearbook Award for Distinguished Book of Stories in 1999 (2000), and selection as a Wisconsin Notable Author. Her stories have appeared in Best American Short Stories, The O. Henry Awards: Stories, The Pushcart Prize, and New Stories from the South. In 2010, she was a Director’s Visitor at the Institute for Advanced Study in Princeton. In 2012, she received both the Taramuto Prize for a story and the Carole Weinstein Prize for Poetry. In 2013 she received the L. E. Phillabaum Award for Poetry. Former Poet Laureate of Virginia, she is Eudora Welty Professor Emerita of English and Evjue-Bascom Professor Emerita in the Humanities at the University of Wisconsin-Madison. She has held named chairs and distinguished visiting writer positions at a number of universities. Further details appear on her Wikipedia page.

LORRIE MOORE, Delmore Schwartz Professor Emerita in the Humanities (retired) is the author of the short story collections Self-Help, Like Life, and Birds of America, and the novels Anagrams, Who Will Run the Frog Hospital, and A Gate at the Stairs. She is the editor of the fiction anthologies I Know Some Things: Stories about Childhood by Contemporary Writers and Best American Short Stories 2004. Her work appears in The New Yorker, The New York Review of Books, The New York Times, Paris Review, and many other literary publications. Her short stories have frequently been reprinted in anthologies, including The Best American Short Stories of the Century, edited by John Updike; the Best American Short Stories anthologies; and the Prize Stories: The O’Henry Awards series. She has received fellowships from the National Endowment for the Arts, the Guggenheim Foundation, the Lannan Foundation, and the Rockefeller Foundation. She is the recipient of numerous awards including the Rea Award for the Short Story and the Irish Times International Prize for Fiction, and is a member of both the Wisconsin Academy of Science, Arts, and Letters, and the American Academy of Arts and Letters.

Each year, the Wisconsin Institute for Creative Writing receives more than eight hundred applications from the best writers all over the world who have not yet published a book of poetry, a collection of stories, or a novel. From these, we pick just seven to teach intermediate-level courses in fiction, poetry, and playwriting. As University of Wisconsin undergraduates, students of creative writing get to work not only with renowned and established authors, but also with some of the biggest names of tomorrow. You can read the biographies of our current fellows and view the list of past fellows here.

Every section of “ENGL 207: Intro to Creative Writing” is taught by one of our MFA candidates in poetry or fiction. The University of Wisconsin-Madison’s MFA program is among the most competitive in the country, which means we hand-pick the six instructors of ENGL 207 from a talented pool of up to six hundred applicants annually. Students of ENGL 207 have the privilege of working with immensely talented young writers at the very beginning of their literary careers. This year’s “Intro to Creative Writing” instructors are Piyali Bhattacharya, Hanna Halperin-Goldstein, Christian Holt, Will Kelly, Lucy Tan, and Jackson Tobin. 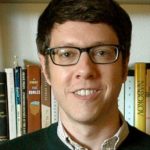 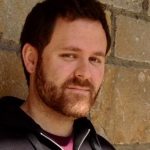 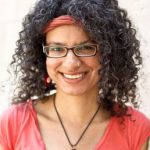 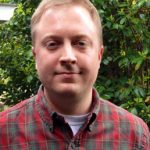 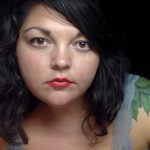