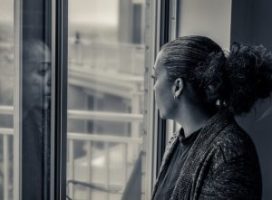 Amy Quan Barry, Lorraine Hansberry Professor of English (MFA: University of Michigan) is the author of the poetry collections Asylum, Controvertibles, Water Puppets, and Loose Strife, as well as the novels She Weeps Each Time You’re Born, We Ride Upon Sticks, which was awarded the American Library Association’s Alex Award, and the 2022 release When I’m Gone, Look for Me in the East. Barry is one of a select group of writers to receive NEA fellowships in both poetry and fiction. She is Forward Theater’s first ever Writer-in-Residence, and her first play production, The Mytilenean Debate, was staged in spring 2022. 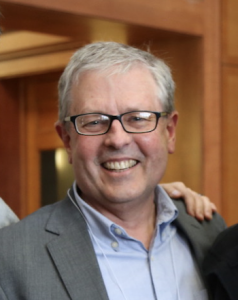 Ron Kuka, Program Coordinator, Faculty Associate (MFA: University of Iowa) has published short stories in the Iowa Journal of Literary Studies, Toyon, and Pavement. His teaching has been recognized with the Chancellor’s Hilldale Award for Excellence in Teaching. He serves as Faculty Advisor of Madison Review and also helps coordinate the Oakhill Prison Humanities Project. 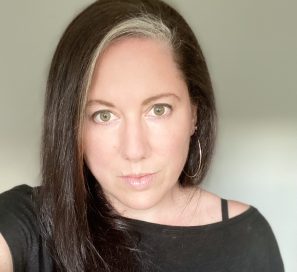 Erika Meitner, Professor of English, Director of the MFA Program (MFA, University of Virginia) is the author of six books of poems, including Ideal Cities, winner of the National Poetry Series competition (Harper Collins), Holy Moly Carry Me (BOA Editions), winner of the 2018 National Jewish Book Award in poetry and a finalist for the 2018 National Book Critics Circle award in poetry, and most recently, Useful Junk (BOA Editions 2022). Her poems have been anthologized widely, and have appeared in publications including The New York Times Magazine, The New Yorker, The New Republic, Ploughshares, and American Poetry Review. She also creates larger-scale documentary photo/text projects on urban environments. 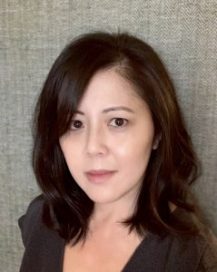 Beth (Bich Minh) Nguyen, Dorothy Draheim Professor of English, Director of Wisconsin Institute for Creative Writing (MFA: University of Michigan) is the author of the memoir Stealing Buddha’s Dinner, the novel Short Girls, the novel Pioneer Girl, all published by Viking/Penguin, and the forthcoming memoir Owner of a Lonely Heart (Scribner 2023). She has received an American Book Award and a PEN/Jerard Award and her work has appeared in publications including The New Yorker, The Paris Review, Time Magazine, The New York Times, and Best American Essays 2021. Her work has also been featured in numerous university and community reads programs. 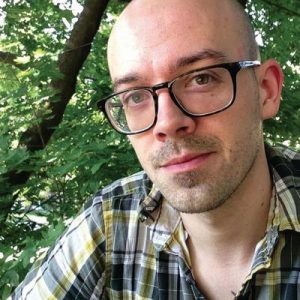 , Program Administrator, Teaching Faculty (MFA: University of Houston) is Co-editor of the Wisconsin Poetry Series. His collection of poems, The Night We’re Not Sleeping In, won the Kathryn A. Morton Prize and the Edna Meudt Poetry Award, and appeared from Sarabande Books. He is the recipient of the Poetry Foundation’s Ruth Lilly Poetry Fellowship and the Wisconsin Institute for Creative Writing’s Diane Middlebrook Poetry Fellowship, and his poems have appeared in Best New Poets, Harvard Review, Ploughshares, POETRY, and elsewhere. He is the former Managing Editor of Gulf Coast and Better (bettermagazine.org). 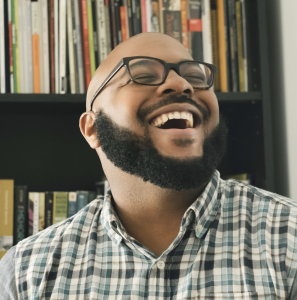 Nate Marshall, Assistant Professor of English (MFA, University of Michigan) is the author of the poetry collection Finna (One World / Penguin Random House), recognized as one of the best books of 2020 by NPR. His first book, Wild Hundreds (Pitt Poetry Series), was a finalist for the NAACP Image Award in poetry. He is co-editor of The BreakBeat Poets: New American Poetry in the Age of Hip-Hop (Haymarket Books). Marshall also co-wrote the play No Blue Memories: The Life of Gwendolyn Brooks with Eve Ewing and records hip-hop as a solo artist and with the group Daily Lyrical Product. 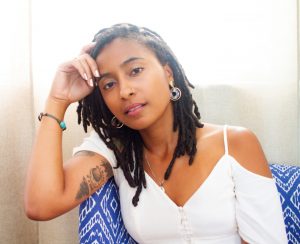 Dantiel W. Moniz, Assistant Professor of English (MFA: University of Wisconsin) is the recipient of a National Book Foundation “5 Under 35” Award, a Pushcart Prize, a MacDowell Fellowship, and the Alice Hoffman Prize for Fiction. Her debut collection, Milk Blood Heat (Grove 2021), won the Florida Book Award and was a finalist for the PEN/Jean Stein Book Award, the PEN/Robert W. Bingham Prize, and the New York Public Library Young Lions Fiction Award, as well as longlisted for the Dylan Thomas Prize. Her writing has appeared in the Paris Review, Harper’s Bazaar, American Short Fiction, Tin House, and elsewhere. 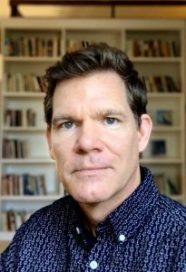 Porter Shreve, Mark and Elisabeth Eccles Professor of English, Director of the Creative Writing Program (MFA: University of Michigan) is the author of the novels The Obituary Writer, Drives Like a Dream, When the White House Was Ours (all published by Houghton Mifflin Harcourt), and The End of the Book (Louisiana State University Press). His books have been on best of the year lists in many newspapers and magazines including the Chicago Tribune, the San Francisco Chronicle, and the New York Times. He is co-editor of three anthologies and three textbooks, and his work has appeared in Witness, Salon, the Chicago Tribune, the Boston Globe, the San Francisco Chronicle, the Washington Post, the New York Times, and other publications. 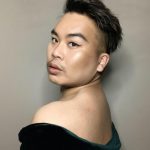 Paul Tran, Assistant Professor of English and Asian American Studies (MFA, Washington University in St. Louis) is the author of the 2022 poetry collection All the Flowers Kneeling (Penguin Poets). A recipient of the Ruth Lilly & Dorothy Sargent Rosenberg Fellowship from the Poetry Foundation, Tran’s work appears in The New Yorker, The Nation, Best American Poetry, and elsewhere. They have received fellowships from Voices of Our Nations Arts Foundation, Lambda Literary Foundation, Fine Arts Work Center in Provincetown, the Wallace Stegner Fellowship at Stanford University, and the National Endowment for the Arts. Tran is poetry editor at The Offing Magazine and has served as poetry slam coach for teams at Brown University, Columbia University, and Washington University. 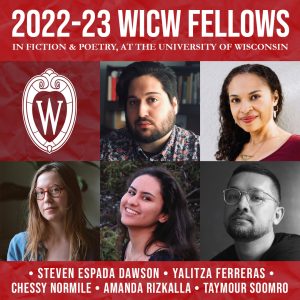 Each year, the Wisconsin Institute for Creative Writing receives up to a thousand applications from some of the best emerging writers in the country. Five or six are selected to write for a year, contribute to the life of the university, and teach intermediate-level courses in fiction and poetry. Our undergraduates in creative writing work with both established authors and the stars of tomorrow. You can read the biographies of current fellows and view the list of past fellows here. 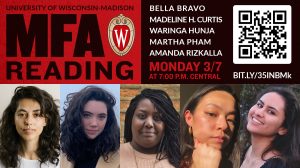 Many of our introductory courses in creative writing are taught by Teaching Assistants who are MFA candidates in poetry or fiction. The University of Wisconsin-Madison’s MFA program is among the most competitive in the country. Instructors go through rigorous training in Creative Writing and Composition pedagogy and frequently win department teaching awards. MFA alums who have taught English 207 at UW have gone on to wide acclaim, and many are now professors at universities around the country. 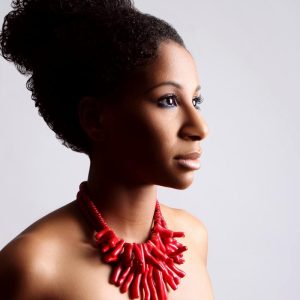 Beginning in academic year 2023-2024, Alison C. Rollins will join the program as Teaching Faculty and Outreach Coordinator. She is the author of the poetry collection Library of Small Catastrophes (Copper Canyon Press), which was a 2020 Hurston/Wright Foundation Legacy Award nominee. She was named a National Endowment for the Arts Literature Fellow in 2019, and her work has appeared in American Poetry Review, Gulf Coast, Iowa Review, The New York Times Magazine, and elsewhere. She is 2016 recipient of the Poetry Foundation’s Ruth Lilly and Dorothy Sargent Rosenberg Fellowship and in 2018 won a Rona Jaffe Writers’ Award.