Springtime at the UW Arboretum, a 1,260 acre National Historic Landmark recognized as a pioneer in ecological restoration.

Founded in 2003, the Graduate Program in Creative Writing offers a two-year Master of Fine Arts Degree in the areas of fiction and poetry. Though small—we typically admit six new students each year—the MFA is just one part of a vibrant writing community including five or six post-graduate fellows, former fellows and alums, PhD candidates in contemporary literature, and a host of other artists and writers living and working in Madison. Our MFA is unique in that we have an “alternating genre” admissions policy: we accept fiction applications in the fall/early winter of odd-numbered years, and poetry applications in the fall/early winter of even-numbered years. This allows us to provide an almost unrivaled 2-to-1 student/teacher ratio that gives each class of students the full attention of the faculty in their genre for two solid years.

All of our MFA candidates receive generous financial aid, the opportunity to teach courses both in Creative Writing and English Composition, and a semester of teacher-training and support. Our MFAs also have the opportunity to take workshops in other genres, including fiction, poetry, creative nonfiction, playwriting, and comics. While cross-genre writing certainly isn’t mandatory, many of our students report that taking workshops outside their primary area not only improves their writing in multiple genres, but also leads to even greater camaraderie among all the writers in the program.

Our MFAs have access to a truly multi-generational community of writers at every stage of their careers. MFAs interact frequently with our Wisconsin Institute for Creative Writing fellows, who are some of the best recent MFA recipients in the country, and both the fellows and faculty are always on-hand to provide advice about publishing, teaching, and pursuing a career in writing.

To get some sense of the scope of the Madison writing community, and the diversity of nationally acclaimed poets and fiction writers who cycle regularly through town, we encourage you to take a look at our events and friends pages. Our MFAs have sat down for meals and conversation with visiting writers such as Michael Cunningham, Ayana Mathis, Eileen Myles, Mark Doty, Jonathan Franzen, Terrance Hayes, Adam Haslett, Alice Notley, Tommy Orange, Solmaz Sharif, Tiana Clark, Claire Vaye Watkins, and Lauren Groff, as well as regular visiting editors and agents on the lookout for the next generation of American literature. 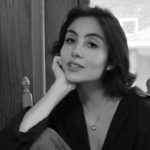 Jackie Chalghin (MFA in fiction) recently graduated with an English BA from Connecticut College, where they completed an honors thesis in the form of a story collection. Jackie is currently working on a short story collection about a girl whose puberty is shaped by a tarantula, roommates who read futures into their period blood, and Syrian women who find community through the occult. They fear there is a novel hidden in there. 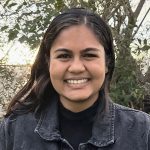 Nitya Gupta (MFA in fiction) hails from the Chicago suburbs and holds a B.A. in English from the University of Michigan. 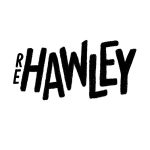 R.E. Hawley (MFA in fiction) is a writer and graphic designer. Her essays and cultural criticism have appeared in The New York Times, The New Yorker, The Atlantic, Gawker, and other publications. Currently, she is an MFA candidate in fiction at the University of Wisconsin-Madison. Previously, she served as the creative lead of The Chicago Reader. She is a graduate of Northwestern University. 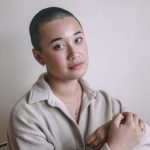 Megan Kim (MFA in poetry) was raised in the foothills of the Siskiyou Mountains and is currently pursuing her MFA in poetry at the University of Wisconsin-Madison. She serves as an Associate Editor for Palette Poetry. Her work has appeared or is forthcoming in Narrative Magazine, Ninth Letter, and The Adroit Journal, among others. 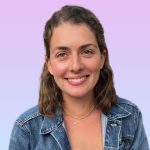 Phoebe Kranefuss (MFA in fiction) is at work on her first novel. She has yet to win any awards, but once she does, you’ll be the first to hear about them. She’s also an illustrator, graphic designer, sewer of her own clothes, and graphic novelist in the making. She studied English Literature at Bowdoin College. She does not correct her students when they refer to her as “Professor.” 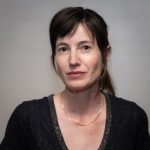 Renée Lepreau (MFA in poetry) previously worked as an out-of-hospital midwife, lactation consultant, and community organizer. Her poems have appeared or are forthcoming in Seneca Review, The Worcester Review, Dunes Review, Santa Ana River Review, and others. Her photographs have been exhibited in group shows at the Minneapolis Institute of Arts, Harvey Milk Photo Center, and others. 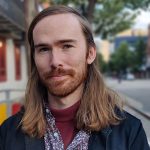 Caleb A.P. Parker (MFA in poetry) is a poet and musician from the industrialized Texas Gulf Coast. After spending years in the nexus of the Episcopal Church, cooperative housing, and the Austin music scene, he began his MFA following his father’s death from cancer. 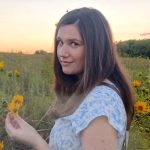 Aurora Shimshak (MFA in poetry) is a poet and educator from Wisconsin. She’s worked as a high school English teacher, a public radio intern, and as the managing editor of Ecotone. Her poetry and essays have appeared or are forthcoming in Spillway, New Ohio Review, Shenandoah, and Poetry Northwest. 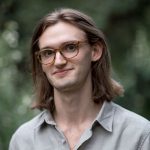 Robert Sorrell Bynum (MFA in fiction) is a bi fiction writer who grew up in the Midwest but became an adult in Philadelphia, where he was a member of the Kelly Writers House Writers Workshop. In his fiction, Robert pushes the boundaries of realism while still being deeply engaged in the dynamics, nuances, and politics of the present. His fiction was recently selected for the 2022 Marguerite McGlinn Prize for Fiction by writer Camille Acker, and his nonfiction, journalism, and reviews have appeared in the South Side Weekly, Mosaic: Art and Literary Journal, and The Cleaver. 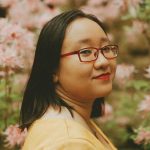 Mandy Moe Pwint Tu (MFA in poetry) is a writer and a poet from Yangon, Myanmar. Her work has appeared in Longleaf Review, West Trestle Review, Beloit Poetry Journal, and elsewhere. She is the author of two poetry chapbooks, Monsoon Daughter (Thirty West Publishing House, 2022) and Unsprung (Newfound, 2022). 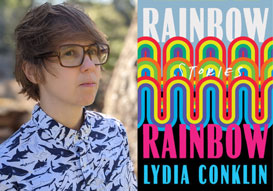 Lydia Conklin graduated from the UW-Madison MFA Program in 2012, recently served as the Helen Zell Visiting Professor in Fiction at the University of Michigan, and in Fall 2022 began as Assistant Professor of English and Creative Writing at Vanderbilt University. They’ve received a Stegner Fellowship, a Rona Jaffe Foundation Writer’s Award, three Pushcart Prizes, a Creative Writing Fulbright in Poland, a grant from the Elizabeth George Foundation, a Creative Writing Fellowship from Emory University, work-study and tuition scholarships from Bread Loaf, and fellowships from MacDowell, Yaddo, Hedgebrook, Djerassi, the James Merrill House, and elsewhere. Their fiction has appeared in Tin House, American Short Fiction, The Southern Review, and The Paris Review and is forthcoming in One Story and VQR. They have drawn cartoons for The New Yorker and Narrative Magazine, and graphic fiction for The Believer, Lenny Letter, and the Steppenwolf Theater in Chicago. Their story collection, Rainbow Rainbow, was published in May 2022 by Catapult in North America and Scribner in the UK.

The two-year MFA course of study is designed to provide as much time as possible for independent writing and reading. The degree requires 42 credits as follows: